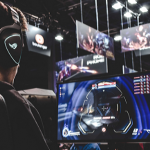 You are reading
Popular Gaming Tournaments

However, this is not the first e-sports tournament with such a large prize pool. Here are the top 10 tournaments with the biggest prize pools in eSports history.

At one time, Counter-Strike tournaments were among the most popular in the world. Now the trend has shifted towards Dota 2 and Fortnite. The largest CS: GO prize was won at WESG 2016. The tournament was held in China with a total prize of $ 1.5 million. The French Team EnVyUs became the winner and took away $ 800,000. Poles from Team Kinguin who took 2nd place won $ 400,000, and Virtus Pro received $ 200,000 for third place.

Honor of Kings is Tencent’s Chinese answer to League of Legends. The difference – the game is available on mobile devices. The game is very popular in the Asian market. The first place was taken by the Hero JiuJ team – it received about $ 725,000. The prize pool of the mobile game amounted to $ 1.74 million.

In September 2016, the esports tournament for the Call of Duty: Black Ops III was held. The total prize fund for the competition was $ 2 million. The team EnVyUs won, which received $ 800,000. The tournament was held in California, 32 teams took part.

Initially, Tom Clancy’s Rainbow Six Siege didn’t receive great critics, but over time, developers from the Ubisoft studio improved the project, and eventually, it became a full-fledged esports game. This tactical shooter now has big tournaments. One of these was the Six Invitational 2019, which took place earlier this year. The total prize pool of the competition amounted to $ 2 million, and most of it – $ 800,000 – was taken by the G2 Esports team for first place.

Microsoft sponsored a tournament for the once-popular Halo 5: Guardians. The tournament was held in California with a total prize pool of $ 2.5 million. A total of 16 teams took part. Counter Logic Gaming took the first place – the team received $ 1 million. At the same time, the silver medalist – Team Allegiance – received $ 500,000, and the two teams – Team eLevate and Denial eSports – shared 3 and 4 places, receiving $ 250,000 each.

The tournament for the next Dota 2 clone was organized by the developers of Hi-Rez Studios. The team managed to enlist the support of a huge number of sponsors, among whom were Xbox One and Alienware. In total, 8 teams took part in the competition, and the winner – COGnitive Gaming – took away $ 1.3 million. The total prize pool of the tournament was $ 2.6 million.

In 2017, Riot Games decided to copy Valve’s approach to creating a prize pool. As a result, the developers began to sell special products to gamers in order to increase the amount for the winner. In total, the prize fund amounted to $ 6.4 million (this is $ 1.5 million more than a year earlier). As for the tournament itself, it was held in South Korea. The winner was the Invictus Gaming team – it took away more than $ 2.4 million, but the silver medalist – Fnatic – received $ 870,000.

Epic Games did the impossible. The company created the battle royale game and immediately held such a large-scale tournament. In the final of the solo division, 16-year-old Kyle “Bugha” Gersdorf won and got $ 3 million. This is more than the prize of the triumphs of the Wimbledon tennis tournament (less than $ 3 million), the golfer Tiger Woods, who took Masters ($ 2 million), and only by $ 800,000 less reward for winning the upcoming US Open.

Valve kept the title for the biggest tournament with the prize of more than $ 31 million for the international 2019. The base prize fund was $ 1.6 million, and everything else was collected by gamers who buy special items issued by the developers. The tournament itself will begin on August 20, and the final will take place on August 25.

0168
© Most Impressive and Popular Game Mods | History of Dota. All rights reserved.