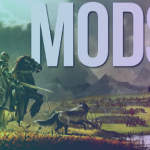 You are reading
Mods for Video Games

Just a few days ago we were presenting a blog post about video game mods, highlighting their importance within the industry and the possibilities they offer for both independent video game designers and established development companies. The truth is that every day, more video game developers and lovers of this art decide to dedicate their free time to creating modifications that vary and even improve the experience of other players. In many cases, a small initial change of our favorite video game can become quite a revolution, as has been the case with titles such as Dota 2 or Counter-Strike.

Therefore, in the following entry, we present the best video game mods. To carry out the selection of the best mods of all time, we have valued aspects such as originality, the volume of modification, the final quality of the product, or its relevance in the history of video games.

With this in front, it is possible to make a distinction between the eight main types of mods:

With that in front, it is interesting to establish that not all developers allow or approve the use of mods. In fact, some of them can have advantageous effects on competitive experiences, so if they are detected, they can ban the users so that the game environment is enjoyable for everyone.

Thus, even though developers are not usually involved with mods or their creation, they are the ones who have the last word allowing or providing facilities for their games to support them. And even allowing native incorporation.

In this respect, there are development companies that welcome the contributions of other users, giving rise to the creation of portals to share mods, creation programs, and promotion of the most interesting ones and even opening up to initiatives such as Steam Workshop.

051
© Most Impressive and Popular Game Mods | History of Dota. All rights reserved.