You are reading
White Night Review 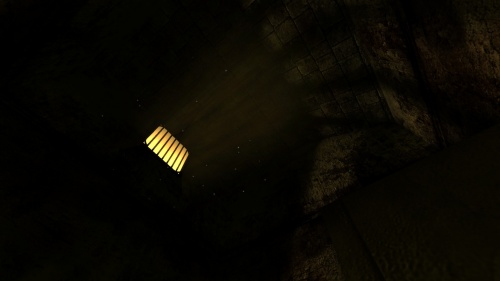 Inspired heavily by the shady atmospheres of psychological juggernauts of various pedigree, but perhaps no more so than by Session 9 or Jacob’s Ladder/Silent Hill, is an Amnesia total conversion mod titled White Night of which I had the pleasure of playing for the better part of the last two evenings for a total of about 3.5-4 hours of game play. (!)

After a creatively directed introduction sequence skilfully working around the cinematic lacking of HPL2, marred only lightly by the inauthentic use of voice acting, the player—or perhaps, experience-e—is flung into the shattered, collapsed, cyclopean vaults of a once able mind of one David (you), now reduced entirely to the likeness of that of a broken mirror in a house of windows. The entire game has you unraveling your identity, what you did, who you did it too, and why. No it is not as simple as it sounds, and it is very hard to guess the intricate details to the story and motivation—and human error comes into play, too. Wrap this all together in a sound 4 hour package and you have a main story to contend with in this years Moddb contests. Yes, White Night has been worth the wait.

A short jail (Or asylum) sequence of hallway sprawls, flinging doors and mental acrobatics very similar to the above Jacob’s Ladder inspiration sees David becomes “playable” and we can take control. A letter beckons you to not really focus or care about remembering anything but instead to focus on helping someone else. Who? That is for you to find out. White Night plays between two or three narratives in a very subtle manner, of which I won’t spoil any because of how delicate and fickle the story’s intricately designed scenes and characters are. But rest assured, a true psychological drama awaits you here. White Night has a palpable atmosphere that makes you realize fully the depths of the human mind, and of the shadows hanging over us in our subconscious. Tanshaydar has tapped into the same fountain of knowledge that writers such as Mark Z. Danielewski or contemporary mod creator Rumpel, of Afraid of Monsters and Cry of Fear fame.

It is worth noting that, visually speaking, White Night lives in a world of drab (not a bad thing) slate and niter and mortar walls. Of iron bars and locked windows and tiling and bright light fixtures. Indeed, almost all aspects of Amnesia are gone, with this total conversion mod skilfully subverting all of Amnesia’s elements to tell its own story. With a proper funding base and a team behind it, this could have easily gone to the heights of surpassing the Penumbra series, whilst simply using HPL2 as a base. Impressive stuff is here nonetheless, marred only by a few minor problems which I will respectfully present later. Surrounded by asylum bars, rusted iron, gritty vents and vaulted, groined archways of pseudo modern architecture you will trudge through a thoughtful array of puzzles. Some of them, I admit, are actually kind of irritating. (Navigating a room of obstacles, tubs, half walls and uneven terrain to spin *really* tiny knobs on *really* thin piping was kind of annoying.) Nonetheless, all of this has been expertly realized and lovingly built among the hardships of simply one modder, Tanshaydar, whose accomplishments here are polarizing given the short development cycle (Only 10 months).

He has created a very foreboding and uneasy atmosphere of guilt and consequence here and occasionally reaches some masterful moments in narrative and shock, with some of the more jarring twists near the end of the story being as moving as it can get.  I cannot say that the story perfectly gets across what it is trying to relay, there are often questionably vague notes that only the author could possible understand, and there are also distracting cryptic references to other games, including Penumbra. A lot of the game play is lost in translation to the story itself, with what you’re doing having no corelation to what you’re hearing. For example, fixing a generator then having Sofia talk to you is very jutting. But this doesn’t happen often, and for the most part, the story flows fine.

One of the better “what the hell” moments

So, the words that are written are done so well. Not much detail was put into making it a verbose, wordy, mind trip. Instead it is a very subtle and introspective look into David’s mind, and as such, doesn’t have much to say. Instead of a bulldozer through a wall, White Night is more like a pin drop in a silent room. This may work for some people, it may not; I can say with confidence that the story will be hit and miss among fans of psychological mysteries because White Night has a very niche story, for particular fans of the kind of mind-play told in the likes of Sanitarium, Silent Hill, etc.
Moving onward to the voice acting department, I have very mixed opinions about it leaning slightly towards the negative. The performances across the board feel very stiff and uneven emotionally, and on the audio equipment I possess, sounds muffled and distant. These voice actors used desktop microphones or perhaps worse, resulting in an amateur sound-scape of both stunningly low quality at times (Even background bumps, noises, coughs, seat shifting and mouse clicking) and unconvincing character portrayal. This speaks truest for the female characters, who you can tell unfortunately possess accents they are trying to stunt and hide and often speak in “Engrish” manners from time to time, with really sharp inflection and syncopation.

It is not to say all the voice acting is bad, it just feels very unemotional and hollow occasionally. The dialog scenes, of which I will spoil none, are pre-recorded; the interactions are not recorded on a duet session between the characters but instead, you can tell, are separate lines for each actor involved at separate locations. So the reactions, tones, and inflections change wildly and responses often sound uncanny and faked, with the actors trying to “guess” how the other responded rather than being able to act it in real time.

It isn’t game breaking, though. The voice acting is surprisingly scarce and I actually enjoyed that. Believe it or not most of the story exists in very short, very nail biting notes and memos left around the Asylum. The narrative is very thin but excruciatingly painful at times for people more in tune with guilt, subconcious, and psychology. I suggest you play it very slowly, never sprint, think about all the symbolism, and observe. Just observe. That is all I can say.

On the audio department the music is stunning. The ambient tracks are perfectly articulated and shuffled and the encounter music, character themes, all have a modern sage-y feel to them with beautiful piano pieces, soft strings, and very tasteful percussion. The musicians responsible for the sound track did one hell of a job matching the themes and atmosphere of White Night, and it probably stands as my favorite sound track of the year. I’d love to have a place to buy it.

I have to admire the attempt at handling the character of “Doctor Sofia” regardless of poor voice acting. Her sinister inclination and more… supreme darkness is only merely hinted at in a tasteful, subtle, manner that I enjoyed to watch unfold devilishly. That is a separate point of emphasis; the writing is very realistic and polished. A smooth, modern, to-the-point workmanship bleeds through the lines and notes revealing a very punctual, bored narrative that is anything but. It is cold, and it’s coldness is only profound at the ending, which is altogether the magnum opus of the entire story. A white night indeed. 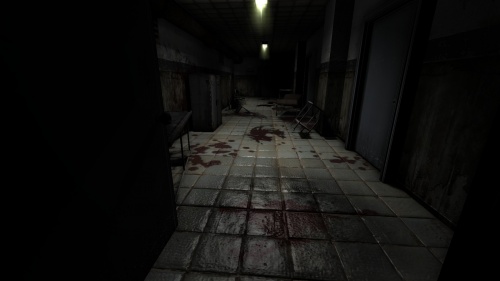 Silent Hill and Jacob’s Ladder have a new neighbor.

So what does White Night possess? A stunning recreation of the modern era in an engine retrofit to do nothing but the 19th century. A very well written, slow burn psychological drama that will leave you guessing until the end. Solid, if sometimes stiff, puzzle designs. About 4 hours of game play. Ingenius and creative “cinematic” scenes in a game that has no support for it. White Night is complete with full body shots and cut scenes and more. I could go on and on, which I will. White Night has very tasteful game play design; you never get more or less batteries or painkillers than you need. Enemy encounters are scary, and believe it or not I consider the encounters with monsters to be scarier than Amnesia OR Penumbra. Furthermore, White Night has a previously mentioned stunning conclusion. You’ll love it.

This is the best mod for Amnesia out there right now, and it is my contender for the best story of the year in Moddb’s upcoming contests. Well done to everyone involved, bumps and all, this is one hell of an experience.

You Got Team Fortress In My AvP2!?

You Got Team Fortress In My AvP2!?

038
© Most Impressive and Popular Game Mods | History of Dota. All rights reserved.