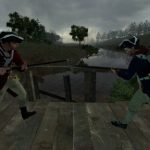 You are reading
Source SDK Is Now Free

Great news for the few people who still don’t own a Source game, it seems with Team Fortress 2 going free that Valve have inadvertently made the Source SDK accessible to everyone. Previously you had to purchase a Source game to gain access to the SDK but with that restriction removed you’ll now be able to create your own Source mods and also gain access to the huge selection of Source mods already out there.

Battle Grounds 2, one of hundreds of different mods which have become free as a result of the changes

Valve have acknowledged the mistake but they have decided to let it remain free. This is also great news for Source modders as it will hopefully bring some fresh blood into the servers. You can grab the SDK off Steam now under the tools area of your games library.

07
© Most Impressive and Popular Game Mods | History of Dota. All rights reserved.