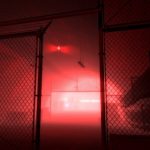 You are reading
Patrick Murphy Interview

It’s no secret that I loved Precursor, as evidenced in my review, so the opportunity to have Patrick Murphy (project lead for the mod) answer some of my questions was one I couldn’t pass up. CAUTION: KNOWLEDGE BOMBS INCOMING.

What was it that made you decide to start work on Precursor?

I decided to make Precursor because I really wanted to get back into level and game design. I used to make maps for Counter-Strike when I was a kid and the only thing I’d done since then was a Team Fortress 2 map (which didn’t turn out too well). To keep things interesting, I decided to make a single player experience with a narrative; something I’d never done before. Up until Precursor, I had only been interested in multiplayer mapmaking.

How was the team assembled? Avengers style? Or in a slightly less awesome way?

I approached some people I knew, and trusted, and asked if they were interested and, well, they were. Since I wasn’t planning on introducing any new content when it came to textures, models, animations etc. I didn’t need a very big team.

A lot of detail went into the creation of environments that look like the City 17 we know and love, how important was it that players felt like they were in a familiar place?

It was pretty important that players knew they were in City 17, so I made sure that the overall look and feel was similar to the City 17 presented in Half Life 2. Then again, it wasn’t very difficult when you are using the same assets (like textures, models, sounds etc.). And whilst making players feel like they were in C17 was important, making the mod look pretty wasn’t a priority. As a developer with limited time you have to choose your battles, and I pretty much raised my white flag when it came to graphical fidelity. I decided that the mod should look acceptable and nothing else, which allowed me to focus more on other things.

I’m assuming that the team are Half Life fans, creating something so faithful to the game you’re modding doesn’t come easily. Was the idea always to create something that didn’t mess too much with the Half Life universe?

Yes, we always wanted to avoid making the story too big and brash. We wanted to keep things on a smaller scale. In Precursor, you’re just a rebel, like many others, and you’re not the center of attention in the way Freeman is. Of course, we wanted your actions to have some impact on the Half Life story line, as it would be unrewarding not to. Those who’ve played the mod will know what I’m talking about.

Precursor tells its story in a way I consider to be similar to the Left 4 Dead series, the story is there but it isn’t slapping you in the face with its many twists. Was that always the intention, to have the story take a back seat to the action?

Precursor uses relatively minimal and “cheap” storytelling. The mod doesn’t feature any large-scale set pieces, epic cinematics or a vast cast of characters. Why? Because we didn’t have the people for it, and it’s a way of for us to tell a story without a lot of manpower. And it comes kind of naturally that if you choose this approach, you go have to keep things non-intrusive and not slap the player in the face with the narrative, as you’ve put it. If you don’t invest very heavily in your story moments, you can’t force players to sit through them if they don’t want to. Radios are only so exciting.

Somehow you’ve managed to do things in the Source engine I personally hadn’t seen done yet, were there any ideas floating around during development that you wanted to use, but simply didn’t have the time to do, or were simply scrapped?

There was quite a lot of few things that hit the cutting room floor. Nothing really “out there”; it was mostly standard content like maps and characters. Maps because they were redundant, boring, too time-consuming to finalize or a combination. Characters because they take a lot of time to get right, and we weren’t too keen on either killing them off or finding an excuse for them to vanish all of a sudden and not come with you. I guess there was some talk about having you fight alongside a friendly NPC for a section of the game at one point; something which never happened. A custom weapon which replaced the AR2’s role was also cut near the end of development due to some technical problems .

I would personally love to have the attention span to work on my own mod (I have an idea for one, but there’s no, “Insta-mod,” button in the Source SDK so it’ll never happen) How long was Precursor in development?

Well, work on the mod really took off January 2010. There had been some talk and planning prior to that though. It was released in March this year, so it’s been a year and three months in the making. Since the project’s inception, the goal had always been to avoid a never-ending development cycle and actually get it released. Mods in general tend to have very long development times and only a small fraction are ever released. An even smaller fraction are actually good and fun to play. But we chose a format, i.e. basing the mod on Half Life 2, which allowed us to more easily complete the project and even then the estimated development time was doubled. And a bit more than that.

One of my favourite aspects of Precursor was the sound, so a huge e-high five to Oliver Boson for that. Both the music and voice work were superb, how long was spent searching for the right vocal talent before you found the right people?

It turns out it’s pretty hard finding work as an actor/voice actor. It’s not a good situation by any means but the sad truth is that Precursor profited from this fact. A lot of people are interested in finding work, pay or no pay, which gave us a relatively large candidate pool of around thirty-five candidates. We sent all the candidates some lines and some directions and they auditioned by sending us a short voice recording. It didn’t take more than two-three weeks to find the two voice actors we needed.

For such a detailed and well made mod, I was surprised to see how few people had worked on it. Did you ever consider getting more people on board? Did you ever wish you had?

As the team lead, I wanted to keep things manageable, something I’ve mentioned a bit in previous answers. Too many mods end up in limbo after protracted development. The way Precursor was going to avoid that fate was by not making it more than just a roughly hour-long Half Life 2-based single-player adventure with very little new content besides the maps. You’d still be shooting the same guys, still be wielding the same weapons and you’d still look at the same textures and wonder if it’s 2011 or not. Precursor was a first for me and it was best to keep things simple. Even with Precursor’s small team I felt a lot of pressure; I had to make content that lived up to the music and the voice acting and do that content justice, you know? And I didn’t want my own work to culminate into nothing either of course. 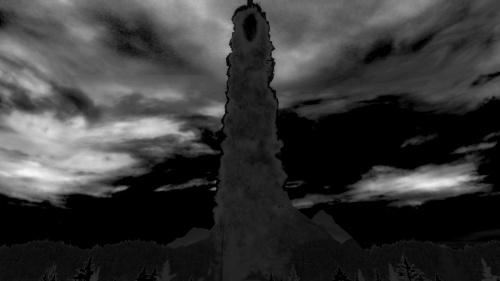 If you could go back and do it again, what would you change or remove? I vote the man hacks, they go out of their way to make me waste my ammo…

I can’t think of anything that I would outright remove, but there’s a lot of things I would’ve changed if I could go back and re-do it. I would probably make the mod slightly shorter and instead prototype and implement more interesting gameplay and focus a bit more on visual quality. I would probably look at more ways I could tell the story and make a more satisfying ending. Also, some of the writing makes me facepalm in its current state. So, I’d change some of that too.

Can we expect to see any more mods coming from either you or the team? If so… voice talent right here…

Yes, you’ll see more modwork from me. Unless I die, then you won’t. Regardless, no Precursor 2.

Finally do you have any words of wisdom for aspiring modders?

There are a few things I want to say to aspiring modders. Everyone likes bullet points, right?

He’s going to make more mods people, keep an eye on him and the Precursor team. If you haven’t already go ahead and download Precursor, it’s awesome.