You are reading
Three of my favorite Minecraft mods!

Minecraft….the game with almost limitless possibilities has recently had an influx of mods hit the shelves. Although personally I am not a Minecraft addict I still from time to time kill an hour or two….. well maybe a week or three into exploring the world around my house and this has been made even more fun by some of my favorite mods:

This is one of the few good mods that Notch is yet to grab and place in the game officially which to me doesn’t make sense since it just makes the game a hell of a lot more enjoyable to explore. It adds 11 more animals and mobs into the game, most of which have made me change my undies while exploring underground ( in what world does a damn lion live underground). Pickup this bad boy from your or …. right here 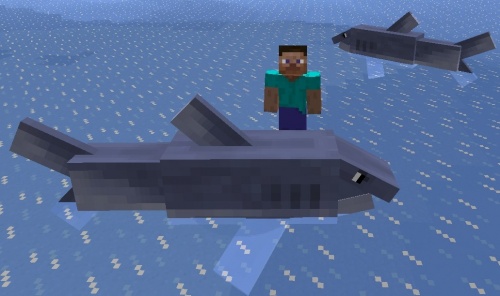 Maybe we can drown it?

Ever wanted to build your own zombie army in Minecraft?  What do you mean you have never thought of it? Well Sirolf did and now we have the NECROMANCY mod. It allows you to create an army of zombie followers to kill all those pesky sheep that just wont shut up. The only thing I don’t love about this mod is how you must individually build each part of your zombie. If you wanna get your evil on just pickup this mod here

Kill them … KILL THEM WITH FIRE

Ever thought Minecraft’s tree and forest system was rather unrealistic? Boring? Uneventful? Then this mod is for you.
In a Nature Overhaul’s world, forests will grow, flourish, then die, they will expand, then contract. They will try to spread over deserts and fail! Saplings will grow from trees, fly on the wind, then spawn a new tree where they fall. Though, they can die in this process if the world is unfavourable! A desert will kill a new born sapling.

The plants, mushrooms, cacti, reeds and pumpkins of your world will also reproduce and spread their kin far and wide. They too will form intricate ecosystems. Based on biome their growth, death and spread rates change!

You can check it out here

So those were my favorites, what Minecraft mods would you recommend?

041
© Most Impressive and Popular Game Mods | History of Dota. All rights reserved.