You are reading
Welcome to the Yogbox, Beta 3 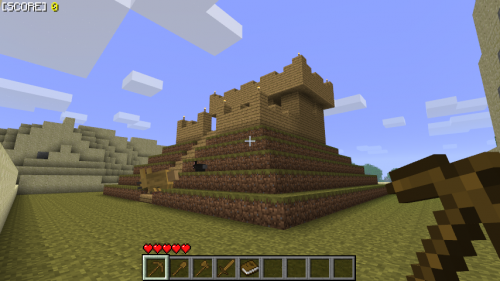 Most people familiar with the community comings and goings that surround Minecraft are probably aware of the infamous duo of Simon Lane and Lewis Brindley, who voice the Yogscast, a web series on Youtube about Minecraft and other things.

Their popularity among the players of Minecraft has lead to their acquiring a sizeable community of Minecraft players and the core idea of creating a compilation pack of the more popular Minecraft modifications. This idea became the Yogbox, which saw it’s third revision a couple of days ago, implementing a number of bug fixes as well as a few extra mods being integrated into the pack.

This update adds a few more mods to the mix, with installation being a simplified java installer that will install everything into a clean copy of Minecraft.

The new additions are Axebane’s Mystic mod set, which includes new rock types and ores, as well as his Ruins mod.

The second addition is a handful of mods by scokeev9: ScotTools(which fixes the pick when using mods that bring in new blocks), Randomite Ore, which basically creates a lucky dip-type ore block when you break it, and BiomeWater, which changes water colour as you enter each of the game’s biome regions.

A couple of airship pirates

You can grab your own copy at their Mediafire link Here

0133
© Most Impressive and Popular Game Mods | History of Dota. All rights reserved.