You are reading
One To Watch: Dniepr 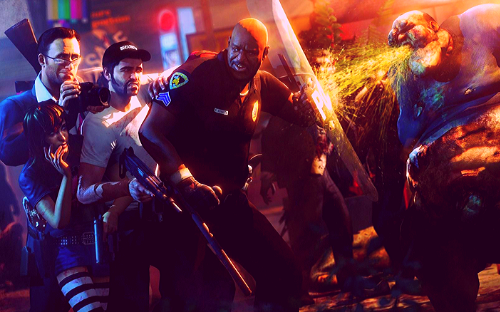 Yet another great looking Left 4 Dead 1 & 2 campaign, Dniepr is once again showing us that Left 4 Dead is rapidly becoming the place to showcase incredible modding skills. The name of the campaign is taken from the Dnieper (English Spelling)  river which is a notable river that runs through Ukraine and several other countries. As you can expect, the campaign is centered in locations within Ukraine, most notably Pripyat which has previously featured in games such as S.T.A.L.K.E.R. and Call of Duty 4.

You can expect to see plenty of hazardous wastelands and deserted cities in this mod, bringing iconic locations such as the recognisable Pripyat Pool Azure to life on the Source engine. The campaign already looks well polished and the team have released an incredible teaser trailer which really sets the tone for the campaign.

For those of you tired of the vanilla textures and models that most campaigns use, don’t worry. This team has produced a considerable amount of custom content for the game which will ensure a fresh look to the game.

039
© Most Impressive and Popular Game Mods | History of Dota. All rights reserved.