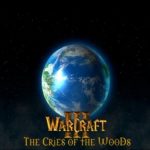 You are reading
Blast from the past – Warcraft 3: The Cries of the Woods

Even though this mod is dead, there is one map worth playing which will make you wish it had been finished.
——- >  Cinematic Trailer

Today lets look into the past of a dead mod, a mod that could have been really fun but never saw the light of day. I only say this because this mod was actually created a friend and I. However we scrapped it as we had no more time to put into it. So what was The Cries of the Woods suppose to be? Well it would have been an entirely new campaign that was fully voiced and contained cinematics made within World of Warcraft. You would take control of a new playable race of humanoid bears which are known as the ”Furbolgs”. With custom models, spells and environments taking you into an interesting new part of the Warcraft universe

Unfortunately this never came to life. A few maps and the race was roughly finished, other than that there was little else done. The story of Emaron the exiled warrior who brings the Furbolg tribes together to fight the Burning Legion and end the sorrow in the Forgotten Forests is a story that will never be told. However something did make its way out to the world. A beta map that was released as a prologue to the actual campaign. It contained only one map which is very fun and challenging in my opinion. You build up your Furbolg tribe and then venture though the forest to save your Night elf allies from an incoming invasion.

So to end this: You

get one map that takes at least less than an hour to complete. You get to play as a new race and listen to the soundtrack with songs from musicbeyond.com . Of course me being the creator of it I would say ”PLAY IT”. But as a writer at modsentry.com I say ”PLAY IT” because its fun and gives you a small time of enjoyment. Download link below.

0201
© Most Impressive and Popular Game Mods | History of Dota. All rights reserved.