You are reading
BFTP – Where Are All Birds Going? 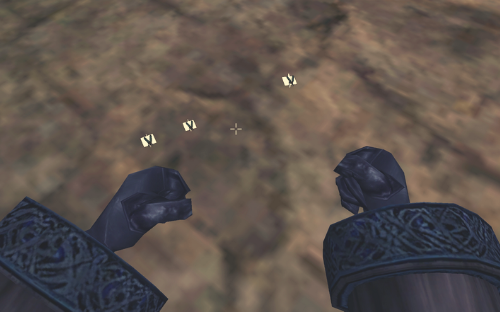 Hello and welcome to this week’s Blast From The Past. Since Michael is away for this week I’ll be writing today’s feature. For the week we’ll be going back to over 7 years ago when famed Morrowind modder Abot first released ‘Where Are All Birds Going?’ to the public. Also known for the impressive Water Life mod, Abot took the community by storm with what has quickly become a must-have mod for any Morrowind player.

Simply put, the mod adds birds to the game, lot of birds. The birds are dynamically created by the mod and fly through the sky while you play the game. It’s not a huge game-altering mod but despite this I’d still consider it essential. While Water Life was great for players who spent a considerable amount of time in the water it doesn’t change much if you’re going to be spending most your time on land. In contrast this mod will be constantly with you as you play the game. While you can interact with the birds and even get into brawls with the bats which come out at night, the mod’s main strength is the sense of immersion it creates. It will bring Morrowind to life.

Whenever I reinstall Morrowind, this mod and Water Life are always at the top of my mods to install list. Better yet, with the advancements in home computing since the now very dated Morrowind was released, you won’t have to worry about any frame rate hit that older computers would have experienced.

0249
© Most Impressive and Popular Game Mods | History of Dota. All rights reserved.