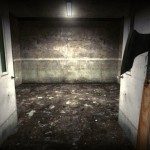 You are reading
Nightmare House 2 Review

Hello readers, and welcome to my first review for Modsentry. My name is C-zom (Or officially, Glenn Winkelmann Jr) and I will be looking at the prestigious Nightmare House 2 and go over in fine detail what I liked about it, didn’t like about it, and my final verdict on this mod which, as we know, won best SP mod of the year in 2010. I will be publishing many mod reviews here as a new writer to the Modsentry team, so I hope you enjoy.

Off the bat we’re presented with a supremely brief rounding down of the original Nightmare House. As it is so concise it can home off as oddly ADD,  having shifting atmospheres for sake of brevity. Do not put much weight into it. Its a recap, nothing more, and not representative of the sequel’s quality. But despite being inconsistent, the prologue achieves its goal: You know what the story is and what will be continued in part 2.

If blinking lights, predictable but engrossing scares, screeches and yells and oddly mysterious flashbacks are your forte you’re going to love the recap. I, on the other hand, skipped it because I already knew the story to NH1. and I recommend you play the entire thing rather than the prologue.

Nightmare House 2 has a wonderful 70’s John Carpenter atmosphere that is supremely easy to appreciate. Interestingly most people I have talked to do not recognize the enormous familiarities between this and the “golden era” of jumper/slasher horror. The synth score, the lip bitingly bad but also good voice acting, the hazy visuals, the constant barrage of jump scares–this mod is not trying to do anything new, but rather, it seems like the goal was to present one hell of a polished 70’s horror experience. In that case it succeeded: This kind of horror is not my cup of tea at all, but I can stand to play it from start to end and can grow to appreciate aspects. You know, this is to mods what House of the Devil was to horror movies. You need to watch that. Brilliant throwback to the good old days of tension and atmosphere–oh, where was I?

I rather enjoyed the keyboard driven soundtrack as it sliced and screamed its way into place as an assortment of mooks showed up for me to kill with an axe, another rewarding notion. The story, while paper thin in my opinion, is not really what brings me back to playing Nightmare House 2. What engrosses me is the atmosphere: The vibe throughout the varied, brilliantly polished levels. The team behind NH2 did one hell of a job bringing rusty, mucky, disgusting architecture to life using a usually pristine and clean engine in these days (TF2, D-Day, L4D2, etc.).. So you get gritty, realistic and just plain cool level design. I really have to bow down to the mappers for WeCreateStuff, they know what they’re doing.

It would be foolish not to mention the level design in the same review as the puzzles. They are engrossing, thoughtful, interesting but most of all logical. Most mods I’ve played would say, for example, “We need gas to start this generator. The forty barrels around happen to not have gas, so go across the world to find a can.”

But NH2 is like the Penumbra series. You replace fuses, push chairs against doors, bash in vents, find secret passages through whacking at walls, and other logical and non-distracting puzzles. While we’re talking about Penumbra, the opening few chapters of NH2 are embarrassingly reminiscent of Black Plague, something I need to shave points off for. Whether it was intentional or not I do not know, but both are identical starts. Grim, tile floored walls, hospital-esque setting, female deadpan sarcasm announcer, mysterious cult/order vibe, they’re basically copy pasted together.

Indeed, come to think of it, NH2 borrows a lot from modern horror series. Some scares are (literally) reprints of Alma scares from FEAR. Others are elements of even the original half life. But in all, you won’t sit shaking your head at the monitor at all these moments. You actually won’t even care because the polish, presentation, immersion and fun of NH2 will leave you wishing for more by the time the mod actually comes to a disappointingly short end.But while you’re going to that end you will find the usual guts of a conventional horror action game. You’ll get plenty of ammo to do the job with a bit of excess. Your trusty melee weapon will arguably be your best friend throughout, and your jumping and running dexterity are unmatched. Indeed, you are even a silent protagonist, something I personally despise but as a device for getting you immersed it works okay here. I just wish there was more to the story because, without fail, the lack of one is the biggest letdown of NH2. 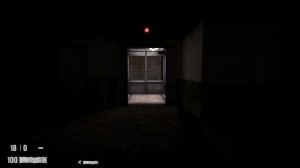 Room for one more

What I like about NH2, and why you should play it, is sheerly for the bug free, polished experience. The developers knew what they wanted to achieve and did not overstep that for a second. Voice acting and story might really be dull and uninspired (Understatement) but the game play, engrossing atmosphere and generally near perfect haunted house vibe make this without doubt actually the best SP mod of 2010. While to be completely honest with you, rollercoaster/jump fest horror is not my thing, but if its yours… good luck finding a better answer to that craving. In any genre.

049
© Most Impressive and Popular Game Mods | History of Dota. All rights reserved.