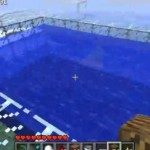 You are reading
FiniteLiquid Released

We don’t often cover Minecraft mods here but this one is certainly going to turn a lot of heads. Minecraft’s water physics went through plenty of changes in the past before finally settling down on the current one. Plenty of people don’t like the current system (myself included) and have wanted to see a more realistic system that will allow us to use water in more exciting ways.

This is where the FiniteLiquid mod comes in. Created by prolific Minecraft modder DJoslin, this mod brings several new blocks into the game including a new finite water block. Rather than replace all the water in-game with the new type, this release instead has new finite lakes spawn alongside the current infinite lakes and ocean. The mod also allows you to manipulate the new water with pipe and pump blocks which will allow for all sorts of interesting contraptions.

026
© Most Impressive and Popular Game Mods | History of Dota. All rights reserved.