You are reading
Freespace Goes Tactical 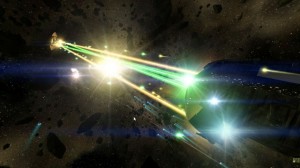 The Freespace: Evolution mod has endeavoured to bring the popular Freespace universe into the Real Time strategy game Nexus: The Jupiter Incident. The mod has just seen its first public release, starting at 1.0. Developed by Arparso for over a year now, it certainly looks like it gives the Freespace name justice. So if you’re a fan then you should definitely pick this up if you are a fan. I might take a look at this myself as I’ve been trying to find a decent Space RTS game recently.

Tell us what you think of it in the comments below.

059
© Most Impressive and Popular Game Mods | History of Dota. All rights reserved.