As many of you will know, a remake of Dear Esther has been in the works for some time now. For anyone whose been following the mod you will have already seen the incredible screenshots showing how far the remake was pushing the Source engine. The remake is being made by the talented Robert Briscoe whose previous work includes the excellent CSS map de_forest and working on the maps for Mirror’s Edge with DICE. You can check out his portfolio on his website here

Back to the breaking news, today it was announced that the Dear Esther mod was going to be sold on Steam later in the year. This has obviously caused a mixed reaction, some fans will obviously not be too happy about the switch from free mod to commercial game. We can see that some fans feel like they were strung along by Robert who has been releasing media for long over a year now under the pretense of it being a free modification. It’s not hard to see why some people consider the mod community so important. The idea of people working to provide others with free entertainment in reward for praise and occasionally donations has always been very noble.

Then again, some fans are happy about this, its great news when a mod goes commercial. Just look at Killing Floor, Natural Selection 2 and Counter-Strike Source. The original creators worked tirelessly to bring you these games in the original mod form so it’s great to see that they can be rewarded for their time. The mod community has always been a platform for potential developers to launch themselves into commercial game companies or releases. Many developers aren’t just working to bring free content to the people, often it’s a passion for the game they are creating. Other times it’s just a convenient way to build up a portfolio.

In my eyes, Dear Esther going commercial is a great thing. The original creator Dan Pinchback is onboard with this as his comment shows:

We’re hugely excited about the license. The new version of Dear Esther will take the game to a completely new level and we’re confident it will be one of the stand-out indie titles of 2011. Once again, this shows that games are probably the most exciting and innovative medium on the planet right now, and we’re really happy to be right at the cutting edge of that.

It’s about time he gets rewarded for creating such a beautiful and creative mod. Besides just look at the screenshots from the remake, consider the amount of time and effort that went into to creating something so impressive. Anyone whose worked with the Source engine will tell you that it’s not an easy engine to work with. To create something this beautiful is truly to be breaking the boundaries. 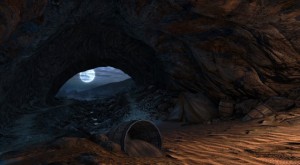 We hope to hear more about the remake soon and look forward to buying it when it becomes available on Steam in Summer 2011. For those who want to follow the mod Indie game you can track it on ModDB here or follow Robot Briscoe’s own blog here

Have an opinion on the change? Tell us below regardless of which side of the fence you’re on. We want to hear what you think about this!

0152
© Most Impressive and Popular Game Mods | History of Dota. All rights reserved.