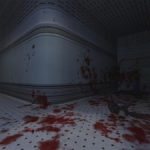 You are reading
A Blast From The Past: Zombie Panic

We’re near the end of our Zombie Panic: Source week and for today I decided to travel back in time to the original Zombie Panic mod for Half-Life. While there isn’t much left on the official website, I was fortunate to find that entries still existed on both the Steam website and on ModDB. It’s an interesting look at what came before but there isn’t much left. The earliest record I could find of the Mod was from around July 2004, though it seems to go further back than that.

The Steam description of the mod is brief but shows is that it was similar to Zombie Panic: Source. The most interesting thing was how it was boasting about being one of the first Zombie game with player Zombies. It’s hard to imagine that now where player controlled Zombies has almost become the standard with Zombie mods. We were interested in finding out more about the mod from the time period so we took use of the Internet Archive Wayback Machine which let us look at the site as if we were in 2004. From this we discovered the original team that worked on the mod prior to the arrival of Tatsur0. 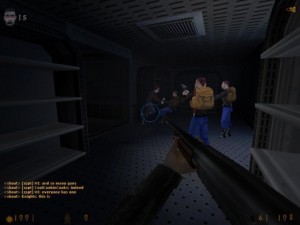 Teamwork was still just as important in the original mod

Unfortunately that’s as close as we can get as the team seem to change the way news is distributed after this point and the Wayback Machine fails to capture any of the news. It’s hard to imagine how long Zombie Panic: Source spent in development and later in updates, the team looks to have gone through many changes as we heard about in our interview with Tatsur0 yesterday. I would love to have a go at the original mod someday but from the comments on the ModDB page it would seem that it is no longer played (though that doesn’t rule out forcing the Mod Sentry team to join me for a game).

0144
© Most Impressive and Popular Game Mods | History of Dota. All rights reserved.