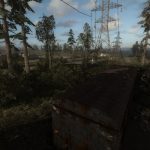 You are reading
Time To Update Fellow Stalkers

Anyone familiar with the S.T.A.L.K.E.R. series of games will know about the Reloaded mods for them. It’s fair to say that Call of Pripyat was already an incredibly immersive game if you disregard the bugs. When you add the Reloaded mods into the mix then suddenly you have a beautiful yet dangerous game in your hands. Often amping up the difficulty with more realistic gameplay in return for making huge improvements to visuals, it’s not hard to see why the possibly masochistic fanbase of these games adore these mods. Anyway, before I end up writing a review on the Reloaded mod, back to the matter at hand.

After six months of development the next update has come out for Call of Pripyat Reloaded. Bringing many features, fixes and graphical updates to the Zone. As you can probably expect, six months of work comes with a considerable amount of changes so we’ll stick to the highlights and if you’re curious you can check out the full list here

The update promises to have reworked almost every single texture within the game to enhance the visuals and to allow for a more ‘fluid’ game environment. When you combine this with the new HD vegetation and the improvements with the particle systems (expect denser, more realistic rain) then you can expect to feel very immersed when you play. Throw in smarter AI and a vastly improved soundscapes and I wouldn’t be surprised if by the end of it you weren’t stumbling around the streets screaming about Bloodsuckers and RADs in a strong Russian accent. Then again you’d be too busy sitting at your computer enjoying one of the most immersive mods ever for the most immersive game out there.

So for Call of Pripyat players, you can pick the mod up here and read it on the latest update here. If you don’t yet own any S.T.A.L.K.E.R. games then go buy one now!