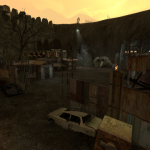 You are reading
gm_atomic Review

Described simply as “A post nuclear gmod map”; gm_atomic boasts plenty of features which make sure it remains a popular map with plenty of uses. Released September 2008 to a widely positive reception from the Garry’s Mod community, it went on to be one of the most popular post-apocalyptic maps on Garry’s Mod. Unsurprisingly it quickly became a favourite within the Mod Sentry Team. 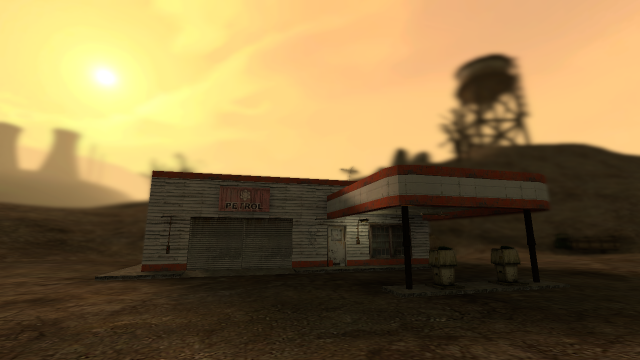 You spawn in what seems to be some sort of military complex which serves as a starting area. There are four numbered doors which teleport you to different locations in the map. The only way to return to the complex after using the teleporter is through either death or by using noclip. The complex is nicely design and fulfils it’s purpose of helping you get to the map and into the action as quickly as possible if you die.

Now when you get to the actual apocalyptic wasteland itself you’ll realise how much effort went into this map, from the excellent 3D Skybox surrounding the map to the interesting details that litter it. A considerable amount of the map is out in the open and is dotted with interesting features such as the road that runs down the centre of the map. A large crater covers one part of the map while you’ll find a small gas station on the road complete with interior details. One of the major centerpieces of the map is the fortified encampment that can be found nestled into the side of a large hill. While the encampment itself seems to be very makeshift and thrown together, it guards the entrance of a deep sprawling underground complex.

The complex runs quite far down before you run into a dead end and can serve a variety of uses. The actual map design is flawless, I’ve yet to notice any problems with the map and that’s with hours and hours of playtime. The terrain outside feels natural with valleys, drained lakes and paths leading around the large hills. There are plenty of interesting locations around and each one feels like it has received the same love and attention that the rest of the map has.

In terms of gameplay this map can serve a variety of uses, whether you just want to mess around on a big open map like we often do or use it for more serious gameplay. The map is perfect for apocalyptic role-playing and for creating interesting scenes. It is fully noded so those of us who enjoy fighting NPCs will have the perfect battleground with this map. 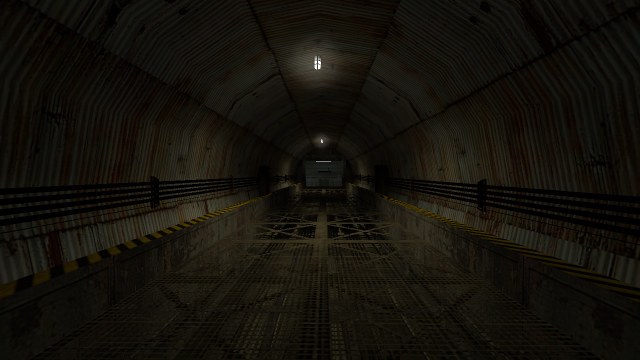 At least the electricity still works…

In conclusion I have to say that this is one amazing map, the level of detail ensures that you maintain a certain sense of immersion in the map. The map feels very dynamic with a high level of interactivity; from the opening garage door at the petrol station to the fully explorable complex hidden behind the encampment. A custom soundscape adds to the maps feel. I’d highly recommend this map to anybody as the level of detail it possesses is incredible, a must download for any Garry’s Mod player and it’s availability on Toybox just sweetens the deal!

We were getting some search traffic to this page from people wanting to find out what songs are playing on the Gas Station’s Radio so we are going to find out for you!

040
© Most Impressive and Popular Game Mods | History of Dota. All rights reserved.