You are reading
Nehrim – At Fate’s Edge Review 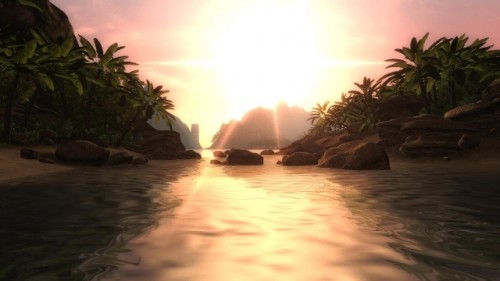 Editor Note: This is the debut review by Paris “Lorven” Sullivan, he has spent an incredible amount of time playing through Nehrim several times, please welcome him to the team and expect more great reviews from him in the future. He’ll be primarily working with games such as Oblivion, Mount & Blade as well as other RPG games.

He has his own personal blog The Nail That Sticks Out Gets Hammered Down so you should definitely check that out if you enjoy his writing. If your interested in writing for The Mod Sentry then contact us on our contact page

‘I will grab fate by the throat; it shall never drag me down.’ Ludwig Van Beethoven

The words of Beethoven kick off Nehrim: a total conversion mod for The Elder Scrolls IV: Oblivion that has finally seen it’s English release. For those of you who will just have started playing Nehrim you will be unaware of how relevant those words are and how cleverly coined they were by the independent German team SureAI. For in Nehrim; fate holds tightly.

Like Oblivion the game starts off with character creation with a choice of three different races as opposed to Oblivions meaty ten. Unlike the chaotic and diverse melting pot of Tamriel, Nehrim is only populated by a few playable species:

Alemanne: The most widespread race in Nehrim sharing many similarities with Oblivion’s Imperial race.

Half-Aeterna: Aeterna share many similarities with the Elven races of Oblivion. They are persecuted throughout Nehrim for being the most magically abundant of all races and tend to live in small groups away from society. Half-Aeterna however tend to be tolerated in society.

Normanne: Sharing the most in common with the Nords, the Normanne are less widespread than the Alemanne but integrated into Nehrim society, being more prolific in The Northrealm 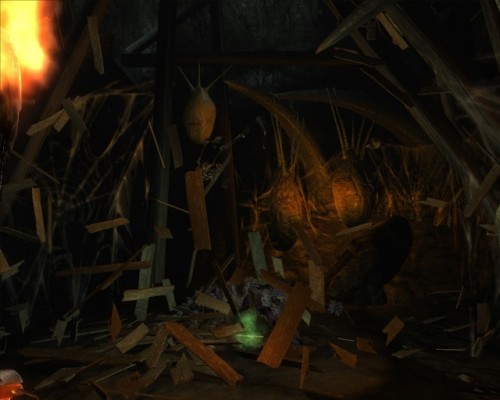 Nehrim contains a whole new environment such as deserts, tropical climates, plains of perpetual storm and haunted forests in addition to the standard array of environments contained in Oblivion. These environments are spread across Nehrim and give each realm its own flavour. On a purely visual note, Nehrim has a more gothic feel graphically and is richer in colour.

As plotlines go Nehrim’s feels entirely more substantial than Oblivion’s pick up and drop minor campaign. Nehrim’s main quest progression affects everything from your ability to travel to the general location you operate at. The fast travel included in Oblivion allows you to deviate from any quest, in Nehrim however you are rooted into completing the plot. Loosing the casual freedom given in Oblivion however is no bad thing, the landscape of Nehrim is a bounty of treasure and treats to make any local dungeon crawling well worthwhile.

Oh, and did I mention that levelling no longer feels like a curse? Unlike the ridiculous levelling system of Oblivion which keeps all your enemies as powerful as you are, Nehrim works like a standard RPG which makes grinding and completing quests beneficial. Like Morrowind and Oblivion trainers are used to enhance skills but in Nehrim it becomes key in the process of growth as you can only learn by using up LP points you gain each level and you gain levels by killing enemies and completing quests. So the more enemies you kill the easier the game gets, some quests are advised to be undertook when you have reached a certain level (after completing the main quest even I couldn’t do some of the more spicy side quests).

It also contains new outfits and weapons which differ entirely from the original and in most cases you can only acquire the good stuff from some serious exploration.

On the whole Nehrim has mediocre side quests but maybe that’s due to the fact that as a gamer I have racked up around 240 hours playing Oblivion plus mods plus Nehrim and running mindless errands has become somewhat monotonous. Some minor quests have been done right but nothing is on the level of the Dark Brotherhood quests and Shivering Isle goodies. Nehrim’s 40 hour main quest however more than makes up for its lack of side material (according to the website it’s 50 but I timed myself and it’s forty with me going slow). Character’s are beautifully sculpted making deaths seem far more tragic than what occurs in Oblivion and you soon become attached to even the most minor of folk in the world of Nehrim.

031
© Most Impressive and Popular Game Mods | History of Dota. All rights reserved.