You are reading
Final Project Reviewed

Four days ago saw the release of Final Project by Spy-Maps; a full single player campaign for Half-Life 2 Episode 2. Featuring 10 maps and boasting 10 hours of gameplay. I decided to give it a go.

The general storyline is that  you are playing as a mapper who has been sucked into his campaign, or at least that’s the impression I got. It’s very abstract in terms of story, expect to be thrown around and don’t expect anything to be made clear, what is certain is that there is a mapper who you see on several occasions who is building the world around you.

For the most part the campaign is very generic in terms of the actual levels and if that was all there was to it then this might be a much shorter review, fortunately the campaign has a lot more to it. A lot of the enjoyment I got from this was not knowing what was coming next, I’d be walking through a creepy, underground network of tunnels full of surprises and before I knew it I would be thrown into a more action orientated level. The main selling point of this campaign is the transitions between the different maps and styles, you’re never sure where you are going but there is a strange sense of determination to get round each corner.

The actual map work is impressive, it’s clearly taken a lot of time and love to produce something of this quality, a few issues come up such as the poor animation in the opening and the sub-par voice acting but they are hardly game-breaking bugs, some players have reported strange issues but during my play test I didn’t come across them. While the creator boasts 10 hours of gameplay; I was able to complete the campaign in 3 hours of straight gameplay. Even accounting for the easy/hard routes I would still expect it to only take around 6 hours to see everything in the campaign. 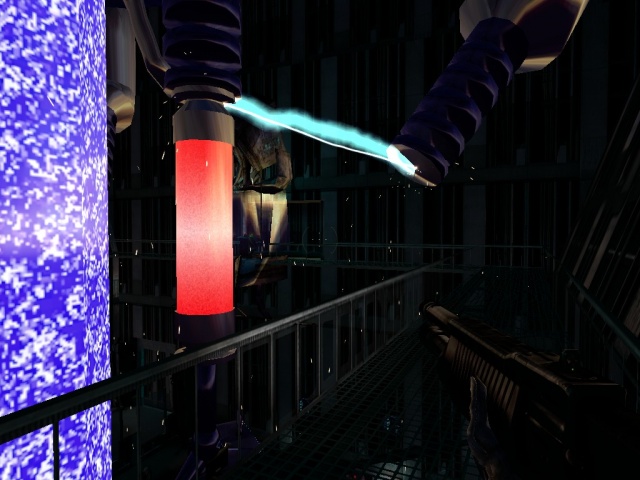 That said, the multiple paths of easy/hard were a welcome addition, initially I stuck to the hard ones each time but as the game progressed and I began to struggle I opted for the easy mode which was refreshing after struggling through some levels.

The atmosphere was relatively impressive. When it was meant to be scary it definitely felt scary and the action sequences definitely kept my pulse racing. Unfortunately the pace would be lost at some parts where it’s not so clear as to what to do. Thankfully, the campaign doesn’t keep us stumped for long and provides us with clues as to how to progress in the form of a marker we can run to which gives us clear directions on what to do next.

In conclusion, Final Project is an interesting set of maps that provide you with a great time-killer. If you’re bored and tired of multiplayer then try this little gem of a campaign. It has it’s faults but on the whole it’s an enjoyable experience.

08
© Most Impressive and Popular Game Mods | History of Dota. All rights reserved.