You are reading
Dead Before Dawn Is Here 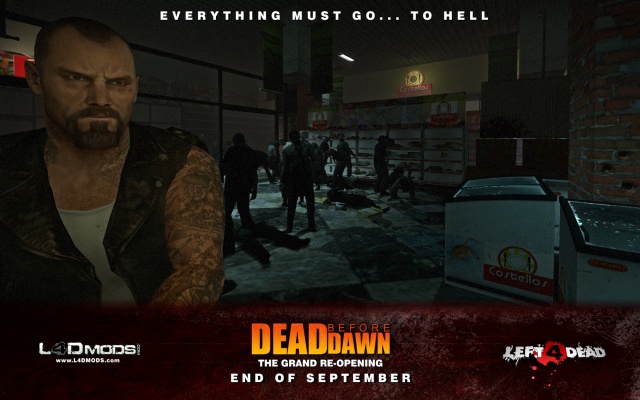 The long-awaited Left 4 Dead campaign, based on the  2004 remake of Dawn of the Dead, has finally been released. After much anticipation (and a rather long period without much media to satisfy our hunger for quality Left 4 Dead campaigns), we can finally get our grubby hands on Dead Before Dawn. Previously mentioned in this post, Dead Before Dawn is a full campaign for Left 4 Dead with full support for versus mode. Some have described it as a Valve quality campaign and I’ll be sure to check it out with friends to see if the hype is true.

A Left 4 Dead 2 version will be coming out soon! From what has been said, we might be seeing it as early as the end of October; since we’ll be enjoying The Sacrifice and No Mercy in the mean time, I’m sure we can wait.

Check it out at ModDB and download the .VPK campaign here