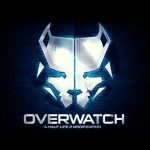 You are reading
Overwatch Update Released/Impressions

Overwatch is a Half-Life 2 modification that boasts RTS/FPS gameplay. The simple premise is one player controls the Combine forces from a top-down RTS perspective whilst the other players control resistance characters using the FPS view. Having been released in a public beta in August the game has just received its first major update featuring improved maps, fixes and balancing to further improve the gameplay.

While still in public beta the game feels very polished in terms of gameplay already, while the mapping is still mostly within the dev textures stage but playable. I was able to play on both maps for a reasonable time period and even got a go at playing as the Combine controller. I found the Combine interface very easy to get used to, soon I was sending my minions at the unsuspecting players while trying to figure out what the best tactics were. Naturally, I lost but next I got to try playing a Rebel.

All my objectives were clearly laid out to me, I was always pretty aware of where my teammates were and I got the jest of what I was supposed to be doing pretty quickly. I must say the riot shield was a lovely addition and helped keep the gameplay fresh but unfortunately I was found the maps didn’t change often and found myself wanting a rock the vote option. I’m sure that we;ll be seeing new maps soon enough though so I won’t hold it against it. I was glad to be playing on a full server with people communicating to each other and learnt a lot about the game from them.

I’d recommend you grabbing this game now here, and keeping an eye out for updates as this mod feels very fresh and original.

055
© Most Impressive and Popular Game Mods | History of Dota. All rights reserved.