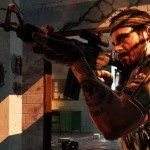 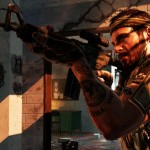 I can’t say I was fond of the last installment of Call of Duty, but I have been impressed by what I’ve seen of the new one being developed by Treyarch. A friend recently linked me to the main site with a cryptic hint that I would recognize something. Naturally I was intrigued. Below is the trailer he showed me:

I was struck by how fun all the game modes looked. I might actually enjoy Call of Duty again! Then I saw it : they didn’t even have the decency to change the name. GunGame was to appear as an offical Black Ops game mode. My first thoughts were how much of a rip-off this was. However, they did mention in the video that it was requested by the community, so we might be able to forgive them since they might not be aware of the original mod. But then again…

It certainly looks like they sat down and played GunGame, and then copied it after changing some minor details. Not to say that this is a terrible thing. GunGame is an immensely popular mod that has enjoyed popularity and has even been adapted into mods for previous Call of Duty games. It’s always good to see a mod transcend its mod status into the world of commercial games. That is, when the original developers are being hired to produce the commercial version, as such was the case with Alien Swarm and Counter-Strike Source. However, it is very unclear whether Treyarch made any attempt to contact the original creators of GunGame.

We have contacted CageMonkey from the EventScripts community, who was the original creator of GunGame to find out more and will keep you posted as we find out more.